Psychedelics: All You Need to Know

All around the world, more and more countries are beginning to reconsider their legal stance on psychedelics. Psychedelic substances have been heavily criminalized for decades. Possession and distribution of these compounds can result in huge fines, long prison sentences, and ostracization from society.

The new science, however, has led to a lot of groundbreaking research. Scientists are discovering more and more uses for psychedelic compounds, ranging from fighting depression and anxiety to repairing the damage done to the brain by injuries or drug abuse. Microdosing psychedelics has helped improve the lives of people ranging from college-age students to elderly patients struggling with dementia.

Researchers have even developed simulations that can produce digital versions of psychedelic molecules and attempt to fit them into the brain’s receptor sites. This allows them to gather a rough idea of what sort of effect a psychedelic might have, not only before it’s been tested, but before it’s even been developed.

Even before the modern area, people were researching psychedelics on their own. The hippie movement of the 1960s popularized the use of psychedelic drugs and forever changed the scene of American culture.

But what exactly are psychedelics, and what makes them so popular?

The strictest definition of psychedelics is that they are a class of drugs that produce a distinct set of effects.

The combination of these effects allows people to feel more connected to the world around them and the people in it. However, they can also produce profound intoxication that causes people to seem entirely disconnected from the world or, indeed, from reality itself.

The potency and power of psychedelics alone encourage the responsible use of these substances. Psychedelics are powerful medicines, and even when they are used with the guidance of a counsellor or psychedelic therapist, one should be careful. Extra caution should be exercised if you’re planning to use psychedelics with inexperienced friends or alone.

Understanding the different types of psychedelics, their effects, and the way that they act in the body can help you prepare for any psychedelic experiences that the future may have in store for you. Hopefully, this article will answer all of your questions.

Some of the most classic psychedelics include mescaline (found in psychedelic cacti such as peyote), LSD (a synthetic compound developed by Albert Hoffman), DMT (known as the God Molecule), and psilocybin (produced naturally as an alkaloid in psychedelic mushrooms). 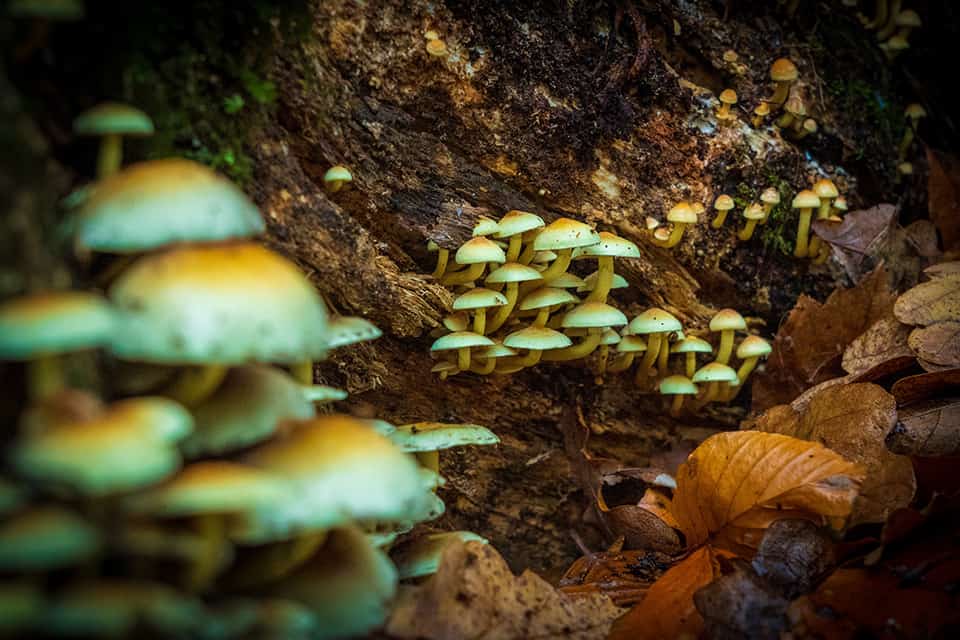 While all of these substances are profound, potent psychedelics, they all function quite differently in the body. Each one belongs to a certain class of drugs. The most common classes of psychedelics are the following:

Tryptamine-based psychedelics share a similar structure to a compound that humans — as well as other mammals — carry in their central nervous system: tryptamine. Tryptamine helps to regulate the movement of neurotransmitters in our brain, especially by helping to activate the serotonin system.

Tryptamine psychedelics can vary in their intensity and effects. Some of the most popular tryptamines include DMT, 5-MeO-DMT, and psilocin.

Phenethylamine, like tryptamine, is a trace amine; a group of compounds that help to modulate the action of brain cells and the chemicals that they use to communicate. Compared to regular monoamines, trace amines are found in much lower concentrations.

Phenethylamine itself is a naturally-produced trace amine that works in the nervous system of human beings, functioning in a similar method as tryptamine. Substituted phenethylamines include drugs, such as mescaline, which share the phenylethylamine molecule as their backbone. The differences in the molecules allow for profound differences in psychedelic effects.

Most of the popular phenethylamines are derivatives and alagons of mescaline, such as phenescaline and proscaline. The notoriously dangerous drug Bromo-DragonFLY, which was sold as a ‘new’ type of LSD, is also a phenethylamine substitution.

Lysergamides show particular promise for psychedelic therapy. They produce a profound change in consciousness that lasts for several hours. At low enough doses, these changes are not too intense as to interfere with rational conversation and thinking. This can lead to therapeutic breakthroughs.

Psychedelics are known by a few different names, some of which further define specific classes of compounds based upon their effects. Some of these terms include:

Psychedelics have been used for thousands of years by traditional tribal cultures. In fact, nearly every religion and spiritual culture on the planet has some sort of association with either a psychedelic plant or a brew made from a mixture of different psychedelic components.

The Aztecs, Mayans, and various South American tribes are well-known for their historic use of the plant brew called ayahuasca. Ayahuasca contains a significant concentration of DMT obtained from natural plant sources that is drunk in ceremony. 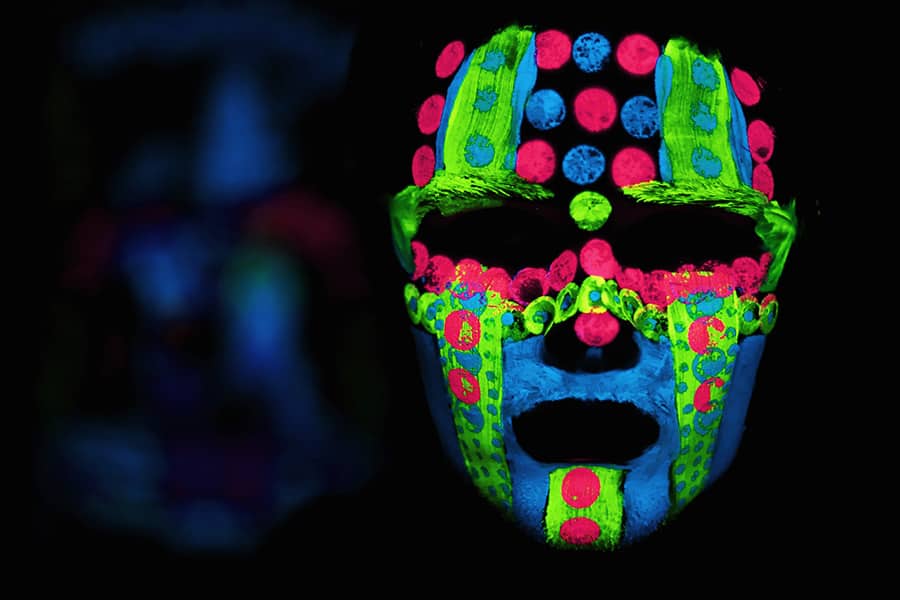 African tribes, such as the Bwiti, have been known to use psychedelic plants like Iboga For thousands of years.

Even though psychedelics have been used for thousands of years, most people consider the history of psychedelics to be relatively more recent and related to synthetic psychedelics such as LSD. LSD was first developed in the early half of the 20th century by chemist Albert Hoffman.

Albert Hoffman developed LSD with the intention of producing a powerful medicine that could help people improve their mental health. After accidentally taking a large dose five years after its development, Hoffman discovered LSD to be powerfully psychoactive. Over the next 20 years, LSD gradually made its way into the hands of the general population.

By the 1960s, psychedelics such as LSD and magic mushrooms were incredibly popular, widespread, and largely unregulated. This led to the development of the hippie movement and the rampant use of psychedelics across the United States.

Along with this came a strong demand from conservative people to criminalize psychedelics to stop the counterculture movement that was decrying capitalist lifestyles. It was in 1971 that the Convention on Psychotropic Substances was adopted by the United Nations. This treaty basically made it illegal to possess or sell most psychedelic drugs across the globe unless exclusively used for scientific research.

It wasn’t until these last few decades that psychedelic research began to resume. This has led us into an area that some – such as author Michael Pollan – refer to as the New Science of Psychedelics.

The New Science of Psychedelics

Many countries are beginning to change their laws and legislation surrounding psychedelics. This has led to increasing numbers of researchers, others, journalists, chemists, and doctors promoting or advocating the use of psychedelics.

Michael Pollan’s book, “How to Change Your Mind: What the New Science of Psychedelics Teaches Us About Consciousness, Dying, Addiction, Depression, and Transcendence,” has a loaded title that doesn’t fall short of all the fascinating information that it provides.

This book is one of the most important pieces of literature guiding this movement. It combines a number of different disciplines and pursuits, linking them all together with the common thread of psychedelic therapy. Authors like Pollan are helping to bring psychedelic medicine to a wider audience by verifying the credibility of these medicines with science.

Other renowned professionals are also beginning to advocate for the use of psychedelics for treating mental health disorders. Jordan Peterson, psychedelic researcher and Canadian professor of psychology (employed at the University of Toronto), is one of many examples. Being a clinical psychologist, Peterson is a YouTube personality who promotes and educates people about psychedelics, psychology, mythology, religion, and neuroscience

Microdosing allows people to reap the benefits of psychedelics without having to commit to the duration of the trip. Micro doses of psychedelics like LSD and psilocybin can produce positive changes, such as:

These benefits are quite profound and are generally the goal of long-term therapeutic treatments. Microdoses are also quicker to leave your system.

These quick questions will give you a quick summary of psychedelics and their importance.

Psychedelics are a class of drugs that are generally marked by hallucinations or visual distortions, powerful shifts in consciousness, insightful thinking, creativity, appreciation for life, and enhanced sensory perception.

These drugs have been criminalized across the world for much of the last century, although more countries are beginning to legalize them as scientists begin to recognize their medicinal potential.

How Long Do Psychedelics Stay In Your System?

The answer to this question depends on the psychedelic that you’re taking. Psychedelics like LSD tend to stay in your body for a relatively short time compared to other long-acting non-psychedelic drugs like Valium.

How Do Psychedelics Work?

Psychedelics are very important substances. They have long been used in tribal cultures across the globe for their medicinal and spiritual benefits. Counterculture populations have adopted the use of psychedelics for similar purposes, and nowadays, doctors and scientists are beginning to recognize the value of these drugs.

The new science of psychedelics is very promising. As more research is done on these drugs and their many uses, more and more people will continue to receive the benefits of psychedelic therapy.

PrevPreviousWhat is the Summer of Love & how did hippies change the world?
NextWhy Was David Nutt Fired?Next